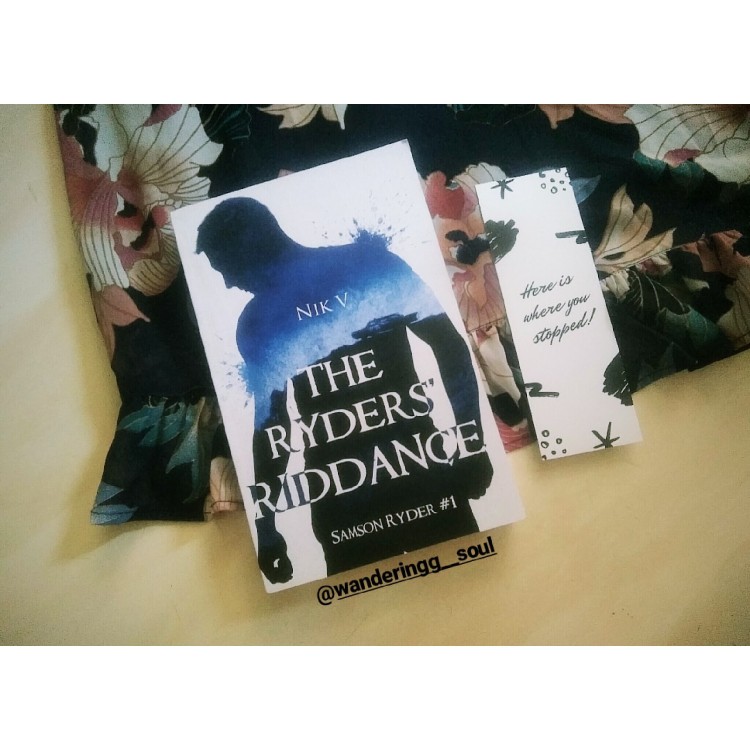 More about the book:

Samson Ryder, under the protective guardianship of Ulrich Sebastian, is tracked down by two men from Secret Intelligence Agency (SIA). Math Professor by profession, Samson is provided an enticing offer by SIA, which nudged his dormant sense of vengeance into violent awakening.

An offer to hunt down and kill the one who took his parents away was too dangerous for his guardian Ulrich to allow. Under circumstances that went awry, Ulrich changed his mind.

Global Police (GloPo) took this opportunity and decided to place their bets on Samson Ryder for the same mission with more money and guaranteed another layer of safety in a potentially fatal mission. Along with his partners Khloe Denver and Panlo Kippins, Samson was cutting deals with his new found, vehement hatred for the prey of the mission –Vetero Heracio, a.k.a. Falcon.

An irreversible incidents of life and death shakes Samson and his team to ground-breaking realities and as they follow the crumbs of bread, it led them to eye-opening revelations. As the chase for the world’s most nefarious menace comes close to an end, the secrets that emerge riddle Samson with questions about the origins of SIA and GloPo and their obsession with the Falcon.

How deep is Samson and his team truly capable of diving to uproot their arch-nemesis? How much can he truly shoulder?

If you guys have been following me for a while, you already know that I rarely read Crime Thrillers.

But this book perhaps was an exception and I absolutely enjoyed reading it. To be honest the cover and the title weren’t that attractive to me at first, what caught my attention and the reason I picked up this book was the blurb.

The blurb is descriptive yet up-to the point, it gives us an overview on the storyline and why and how the protagonist Samson Ryder wants to kill Falcon, who is an underworld Don.

To summarise the story is all about avenging the death of Sam’s parents. But but but, there’s a catch. We have secret intelligence agencies, global police, underworld involved and the murderer is not someone ordinary, so how will Samson accomplish his mission and seek his revenge. You HAVE to read the book for that.

The book is packed with action, mystery, good plot and well executed characters. Each and every character is very well written.

And the end, it’s absolutely unexpected. The story is fast paced and the narrations are gripping, I was hooked till the very last page. I think the narrations and the characters are the USP of this book. And the author has a unique writing style.
Can’t wait to read a sequel to this 📖📖

I love reading! Reading books, talking about books, hoarding books, reviewing books is basically what i do in every free minute that i get ;) You can mail me or message me on Instagram anytime if you want me to review your books or talk about books! Keep reading! And stay connected :) View more posts